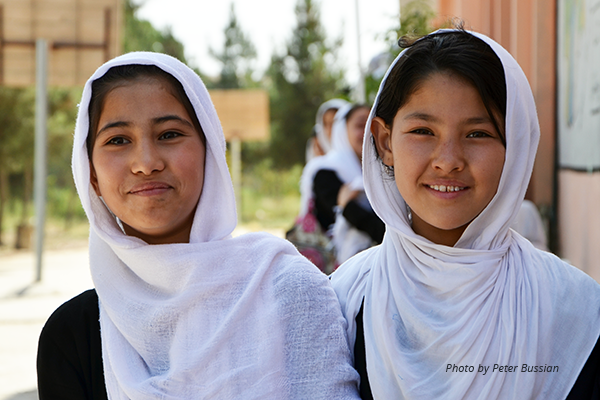 You are donating to: Early Marriage Prevention

Recent data indicates that girls are still substantially under-represented among students in Afghanistan’s educational system. For example, if 10 girls start their education in 1st grade, less than 6 will go on to high school, and less than 2 will actually graduate. Many girls drop out at age 12 or 13, in part because of early marriage. Though the legal age of marriage in Afghanistan is 18, 15% of girls are by age 15 and 40% are married by 18. Girls who marry at a young age are more likely to suffer from complicated childbirth and experience domestic and sexual abuse. Their children suffer as well. A child born to a mother under 20 is 50% more likely to die within in its first month of life.

For those girls who are able to graduate from high school, opportunities for employment and earning power increase.  One extra year of secondary school increases a girl’s future earnings by as much as 25%. Girls in the developing world who receive seven or more years of education marry four years later and have 2.2 fewer children than those who do not. Sahar has graduated 625 girls to date from its 13 schools. Educating girls creates a ripple effect. Educated mothers are more likely to have healthier babies earn more income, and more income for women translates into improved child nutrition, health, and education.

Our Early Marriage Prevention Initiative, for which we have already received an official protocol from the Afghan Ministry of Education, is a key component of a long-term education and collective empowerment strategy for Afghan girls.

Sahar has been increasingly successful at educating girls in the K to 7th grade range, but we continue to see a dramatic dropout rate around ages 12 to 13 due to early marriage. At a minimum, 40% of Afghan girls are married by age 18, and a significant number of girls are still being married under 16, the legal age of marriage. Our schools in Balkh Province serve a mixture of cultural groups who all participate in the customs of early marriage: Hazara, Pashto, Uzbek, Tajiks and Turks. The causes of early marriage include: Baadal, the exchange of women as a way to resolve conflict; Bride prices, which bring money into poverty stricken families; “Honor” situations in an honor/shame-based culture and weak law enforcement.