Education for Afghan Girls and their Communities

Sahar partners with the Ministry of Education and Afghan-based organizations to build schools and educational programs for girls in Afghanistan, empowering and inspiring children and their families to build peaceful, thriving communities.

A quality education for every child in Afghanistan, fostering mutual respect and sustained peace.

Sahar partners with the Ministry of Education and Afghan-based organizations to build schools and educational programs for girls in Afghanistan, empowering and inspiring children and their families to build peaceful, thriving communities.

Hope: Sahar represents a new path to a better life – a life many Afghan girls only dreamed possible.

Empowering Girls: Sahar values the unique role of girls in a society. An essential force in improving the quality of life within a developing nation is to educate girls; the status of women is tied directly to the health and success of a nation.

Respect: We respect the girls who want an education, they will risk their lives achieve it. We respect the country of Afghanistan and the work the government and communities are doing to rebuild after too many years of war. We respect our generous donors, who understand the amazing difference an education can make in the lives of girls.

Dedication: Since 2001, Sahar has built and equipped 18 new schools in Afghanistan, repaired over 20 other Afghan schools, drilled dozens of wells and educated some 28,000 students. We value the relationships we have built and are dedicated to our vision of an excellent education for every child in Afghanistan.

Partnership: Sahar values the opportunity to develop relationships with our partner organizations and individuals impacted by our work. We value the opportunity to learn about each other’s cultures and beliefs, trustful that differences add to our lives; and that we are each transformed by the wisdom of others.

Courage: Afghanistan has suffered through decades of upheaval, during which girls and women were denied access to schools. Sahar values the courage it takes for girls and women in Afghanistan to pursue an education in the midst of their country’s recovery.

Sahar Education’s (formerly Ayni Education International) vision started with Journey with an Afghan School, which was founded on building bridges of understanding between the U.S. and Afghanistan for peace and cooperation in 2001. Since then Sahar has expanded, building schools, computer centers, and managing teacher training programs in Northern Afghanistan. Sahar became a legal nonprofit entity in 2009 in order to expand and continue efforts begun in 2001. Sahar has worked in this war-zone for over a decade to increase the status of girls and women in Afghanistan through education, enabling them to participate actively in the social, political, and economic arenas in their communities. 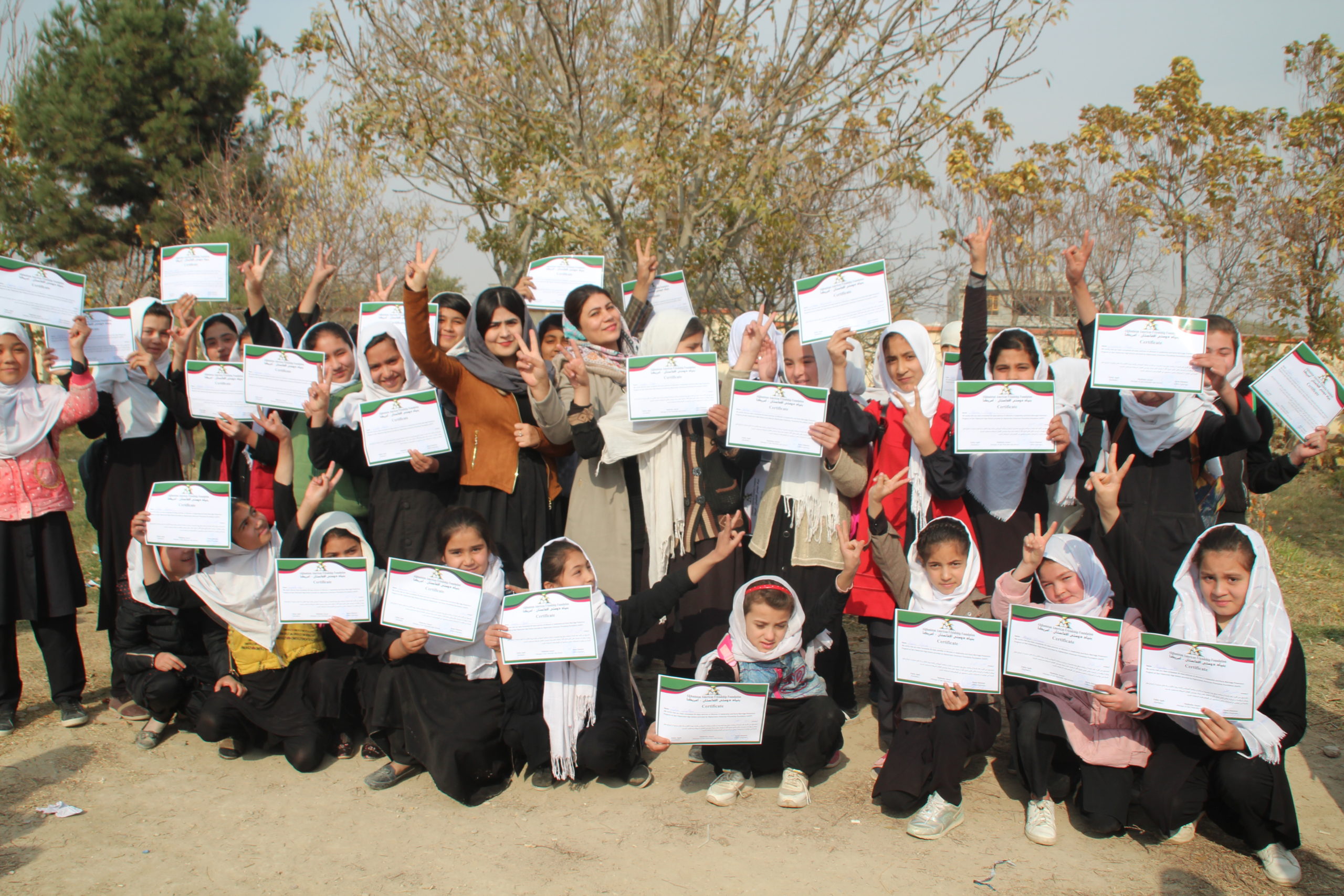 Sahar partners with the Ministries of Education and Economy for all protocols approving school design and construction. Once constructed, the school building is turned over to the MOE for maintenance.

A longtime supporter of women’s education and empowerment, philanthropist Janet Wright Ketcham is devoted to breaking down the barriers that exist for girls in Afghanistan—one school at a time. Founded in 2008, The Janet W. Ketcham Foundation has supported the construction of two groundbreaking schools in Afghanistan.

At the heart of Ketcham’s work is a simple philosophy: empowerment of girls through knowledge and education. Through her generous contributions and investment in developing communities, Janet Ketcham is actively laying the groundwork for a solid educational infrastructure in Afghanistan and beyond. To date, more than 23,000 girls have been served by schools the Janet W. Ketcham Foundation has funded. These opportunities would not have been possible without her support.

Janet W. Ketcham Foundation has partnered with Sahar to build two schools in urban Mazar-i-Sharif. The Mazar-i-Sharif school opened in 2011 and serves 3,500 girls each year. The Gohar Khaton Girls’ School broke all the molds of schools in Afghanistan, thanks to Janet Ketcham’s insistence that the building be sustainably designed. The result is a groundbreaking structure that inspires the community of Mazar-i-Sharif to be excited about girls’ education, and allows the girls themselves a safe, comfortable, inspiring place to learn.

The University of Washington Department of Architecture

The University of Washington Department of Architecture, along with Professor Elizabeth Golden partnered with Sahar and the Janet W. Ketcham Foundation on the innovative design of the Gohar Khaton Girls’ School in Mazar-i-Sharif. Seattle architect Robert Hull, a co-founder of the Seattle firm Miller Hull Partnership co-taught a studio-design course with Professor Golden using the Gawhar Khatoon Girls’ School as a case study to solve several development issues while taking into consideration the local culture, the school’s location in an earthquake zone, the available local building materials, weather, and the privacy valued in Muslim societies.

University of Washington Professor of Architecture Dave Miller stepped in as lead architect on the Gawhar Khatoon project after the untimely death of Robert Hull.

Professors Dave Miller, Elizabeth Golden and several students continued to provide input into the design of the school throughout the process. Sahar remains grateful to the University of Washington for the unique collaboration between our non-profit organization, the University in its research capacity and the expertise and professionalism of the Department of Architecture.

A new studio design course first quarter 2016/2017 thus continuing the collaboration between Sahar and the University of Washington.

Coe Elementary School in Seattle was the first school to participate in our cross-culture curriculum project, in which the students and parents in an American school learn to build bridges of understanding to cultures different than our own. The curriculum teaches about poverty in the developing world, what it means to live on less than one-dollar-a-day, the history, culture and religion of Afghanistan, life for Afghan boys and girls and the schooling and the education system there.

Coe has become a national role model of what it looks like for kids to help kids. In the spring of 2002, the Coe students were temporarily housed in another school, because their school had burned completely to the ground. Despite their own challenges, Coe parents, teachers, students and staff approached Sahar to ask, “What can we do to help the children in Afghanistan?”

After learning about our work, the Coe community decided to help fundraise for one of the first girls’ schools that opened in northern Afghanistan after the Taliban was removed from power. In addition to helping us raise money to build the Afghan school for girls, they committed to raising $3,600 each year in the future to help sustain the school. They’ve raised tens of thousands of dollars since to support the education of girls in Afghanistan.